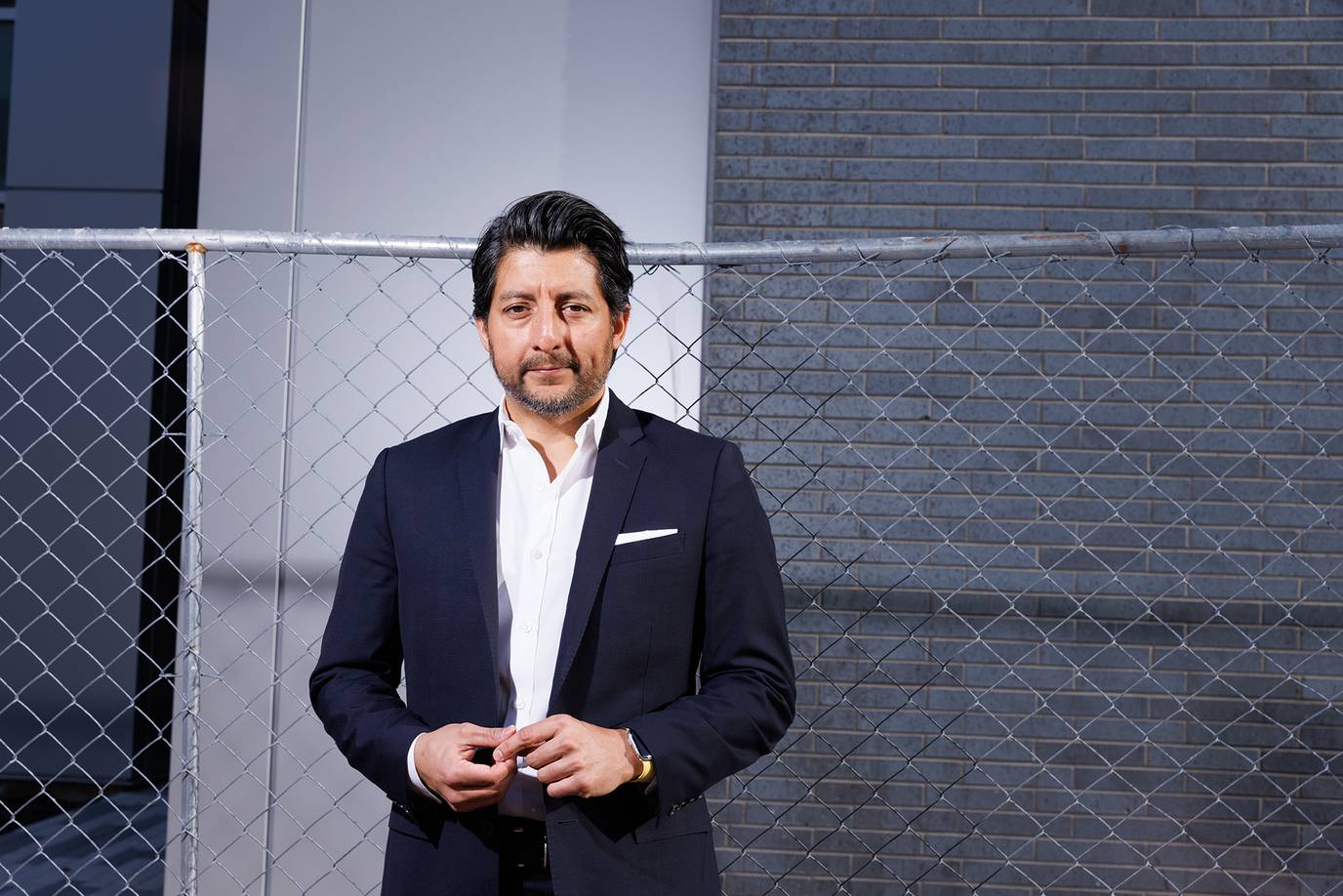 Through an eminent career in security, childhood refugee Akmal Ali ’03 devotes each day to keeping us safe.

Akmal Ali ’03 was in the womb when his parents and older brother fled Afghanistan to the U.S. in 1980, shortly after the Soviet invasion. Twenty-one years later, as a philosophy major at Rollins, he watched America go to war over 9/11.

Today, another 21 years past, Ali is one of the nation’s top consultants in counterterrorism, with clients from all four major professional sports leagues and the new World Trade Center campus.

Aluma, the risk management firm he founded in 2019, helps airports, arenas, stadiums, oil refineries, and entertainment venues with everything from sourcing security vendors to preventing car bombs. InOrbit, a company he began in 2021, builds software for clients to manage security programs.

Ali credits a “refugee immigrant mentality” and “years of countless sacrifices and hard work” from his parents for providing the template to excel in life.

He credits Rollins for “kicking my butt in a good way,” refocusing his high-energy, fast-paced approach to be less compulsive and more deliberate—skills that pay off when partnering with iconic sports franchises like the Dallas Cowboys, New York Yankees, and Golden State Warriors.

“I was the guy who got an assignment and already had a preconceived notion of what I wanted to write,” says Ali, reflecting on classes with philosophy professors Scott Rubarth and Tom Cook. “They were really instrumental in getting me to focus, pump the brakes, and research more. I needed that. The reading, the analytics, the writing—it all prepared me for the next step.”

After Rollins, Ali enrolled in the Syracuse University College of Law, graduating with special honors from its newly formed Institute for National Security and Terrorism.

From there, it was on to the U.S. Department of Homeland Security in Washington, D.C., fulfilling a lifelong dream of working for the federal government. Starting out as a research associate in the SAFETY Act Office, he soon rose to deputy director, overseeing public-private partnerships until leaving to start his first consulting firm, Catalyst Partners, in 2011.

For his outstanding success and professional accomplishments, Ali was recently named the winner of Rollins’ 2022 Distinguished Alumni Award.

“I’m really humbled by it,” he says. “There are a lot of people from Rollins doing cool stuff to highlight. I’m appreciative of this recognition, and I’m hoping it can be part of the narrative that Rollins is a diverse place—even when it comes to launching career pathways like mine.”

“What drew me to Rollins was the small classes and what kept me there were the people. The campus environment lets you make real connections.”

Ali recalls growing up with humble means in Jacksonville, then benefitting from a top-notch magnet school, Stanton College Prep. He chose Rollins because he wanted a low student-teacher ratio, and his brother’s buddy played on the soccer team.

The first semester was difficult, and he thought of transferring, but joining Alpha Tau Omega fraternity—and later serving as head of philanthropy—gave him lifelong friends and a newfound purpose.

“What drew me to Rollins was the small classes and what kept me there were the people,” he says. “The campus environment lets you make those types of real connections.”

When 9/11 occurred and Afghanistan was the target of U.S. military action, people on campus immediately reached out to offer their support. Ali was instrumental in reinstating the Muslim Student Association and held educational events attended by a diverse group of students.

“I met some really interesting people at Rollins,” he says, “and those relationships last. You have the ability to engage with professors and get to know your fellow students. You can latch on and create great connections. As small as Rollins is, I travel around the country, and almost everywhere I go, I find a friend from college. That community is really strong.”

Now is Our Time to Shine

Join the historic effort to invest in the people, programs, and places that prepare Rollins students to lead purpose-driven lives and prosper in productive careers.

A message from the Rollins College Board of Trustees.